Progress of the Philoria frosti program
at Melbourne Zoo

Victorian Department of Sustainability and Environment

2020: For the first time, adult Baw Baw Frogs have been released to the wild. 25 pairs of captive-bred frogs, fitted with radio transmitters, have been released on the Baw Baw Plateau. The program's scientists say the release of adult frogs represents a conservation breakthrough and they have been surprised by how far, and fast, the elusive frogs have travelled since they were set free. 2013: Zoos Victoria has permits to collect 2 egg masses as the first phase in a long-term project to develop and publish captive rearing and breeding protocols. Collection of the one egg mass in December 2011 and the subsequent emergence of tadpoles and early rearing of metamorphs greatly increased our knowledge of the species' biology and captive requirements. Improvements to the Melbourne Zoo facility have been undertaken to address the inadequate temperature control experienced in the 2011-12 summer, and a team is in the field now (mid-November 2012) to collect a second egg mass. 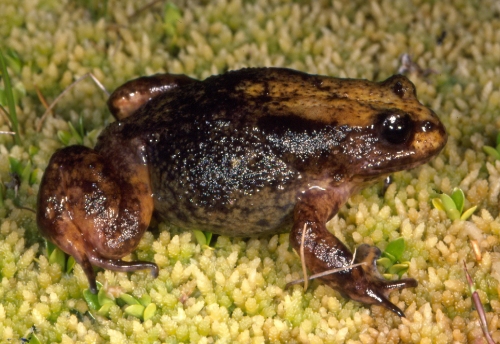