Progress of the Hyperolius pickersgilli program
at Johannesburg Zoo

July 2021: Another 400 Pickersgill’s Reed Frogs have been released into the wetlands of KwaZulu-Natal’s north and south coasts. January 2021: Detailed manual of the ex situ husbandry of this species was drafted based on finding recorded in the Zoo. A total of 70 breeders were collected between 2017 and 2020 with a total release of 772 and 50 specimens still at the zoo for the next generation. This project is now a national collective effort from the JHB Zoo as the breeding, Ezemvelo KZN Wildlife –provincial conservation department as the national coordinator and in-situ monitoring, SANBI for all disease risk testing and management and EWT as the assisting party for in-situ habitat management as well as the national department of environment and the BMP holder supported with various other departments. November 2020: An additional 400 captive-bred frogs were released in the Kwa-Zulu Natal wetlands. To date, 372 individuals have already been released, and are subject to post-release monitoring. September 2018: 200 frogs were introduced at two locations from where their parents, a starter group of 20 frogs, originated. The frogs were placed on reeds at Mount Moreland, near Durban. With funds provided by the Department of Environmental Affairs, EWT implemented programs to rehabilitate the wetland areas which form the habitats for the frogs. This has included the removal of alien vegetation. Ezemvelo KZN Wildlife and the Endangered Wildlife Trust have also taken on the role of monitoring the 200 frogs after their release and will collect scientific data. 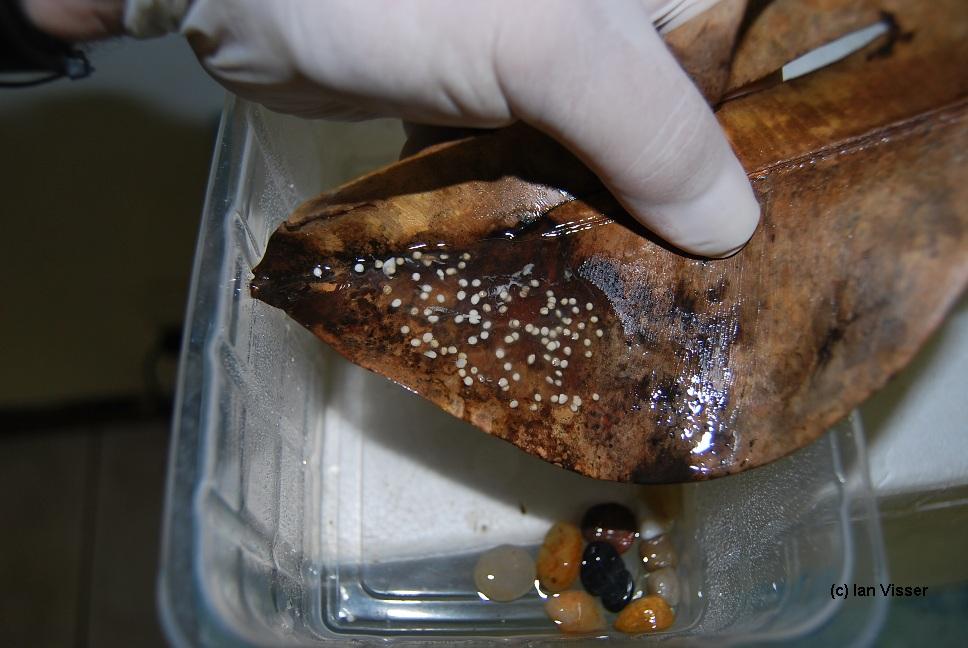