Progress of the Lithobates areolatus program
at Detroit Zoo

2016: Not a captive population, only head-starting research. Crawfish Frogs are included in the State Wildlife Action Plans of all the states in their range. For example, Crawfish Frogs are state endangered in Indiana, and the URL for the Action Plan is above. Threat mitigation is being carried out by the Indiana Department of Natural Resources (contact: Sarabeth Klueh-Mundy) and Indiana University School of Medicine (contact: Michael Lannoo). Releases of head-started animals carried out at Hillenbrand Fish and Wildlife Area-West (Greene County, IN; 2013–2015; contact: Michael Lannoo) and Big Oaks National Wildlife Refuge (Ripley, Jefferson, and Jennings counties; 2013; contact: Joseph Robb). Tadpoles reared in captivity were returned to their natal wetlands. Crawfish Frog genetics have been determined at their northeastern range limit (http://www.bioone.org/doi/abs/10.1670/12-034). Currently, Purdue University (contact: Steve Kimble) and the Indiana Department of Natural Resources are assessing Crawfish Frog genetics across Indiana to inform future translocation efforts. Indiana University School of Medicine (contact: Michael Lannoo) is leading the effort to sequence the Crawfish Frog genome. Indianapolis Zoo (contact: Dan Madigan) also head-started Crawfish Frog tadpoles in 2015. 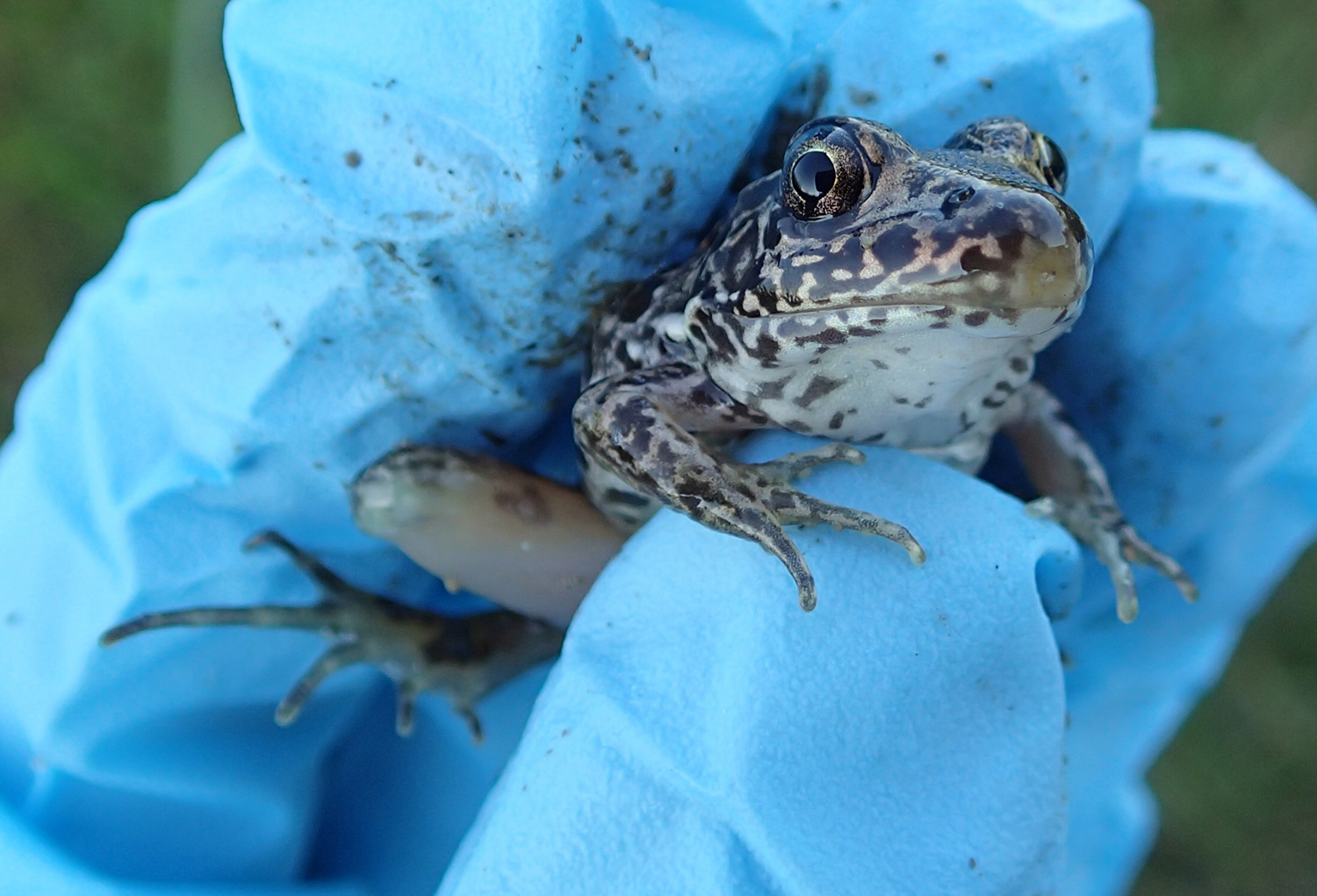